Second Sundays At Two presents Ukrainian – born Pianist Inna Faliks  who made her debut with the Chicago Symphony Orchestra. She has since performed on many of the world’s great stages, with numerous orchestras and conductors such as Leonard Slatkin and Keith Lockhart, and in solo appearances in Carnegie Hall’s Weill Concert Hall, Metropolitan Museum of Art, Paris’ Salle Cortot, Chicago’s Orchestra Hall, and Moscow’s Tchaikovsky Hall, to name some. She is a frequent recitalist on Los Angeles County Museum of Art concert series. Previously based in New York City, Inna was recently appointed to UCLA’s Piano Faculty. 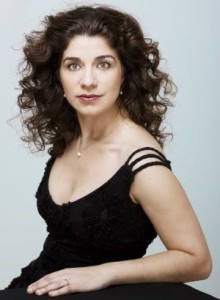 “Adventurous and passionate” — The New Yorker

“A concert pianist of the highest order” — Chicago WTTW