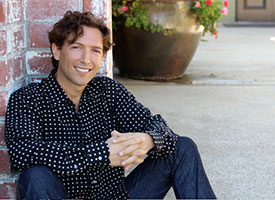 Rolling Hills United Methodist Church is excited to present the upcoming concert of Metropolitan Opera tenor, Aaron Blake, a Palos Verdes native. The concert will be held Friday, May 13 at 7:30 p.m.   Lauded as “a vocal powerhouse” by the Los Angeles Times, Blake has performed major roles at leading opera houses all over the United States and Europe. This season he is performing at the New York Metropolitan Opera, as well as Opera Orchestra of New York, the Reno Philharmonic and the Cincinnati Opera. Previously he has appeared at Carnegie Hall, The Lexington Philharmonic, The Dallas Opera, and the Berlin Komische Opera.

The concert is free and donations are appreciated. For further information, call 310-377-6771. The church is located at 26438 Crenshaw Blvd., Rolling Hills Estates.